Who would’ve thought that eating can be one of the major problems of people nowadays? Well, not food exactly, but the consumption of it. Though it may sound absurd, but the way people eat recently has become so disturbing that a lot of researches and studies have been developed.

According to some studies, people find it difficult to maintain a healthy lifestyle given the wide variety of food resources. This of course includes the swelling existence of fast food restaurants, burger joints, convenience stores and the like. In addition to that, people live in a fast-paced and busy world, which makes it easier for them to eat anything that’s “fast” and “convenient” to match their time. Though it may sound motivating and all-productive since many are headed towards reaching their goals through this method, it honestly makes it frightening since they don’t have any idea on what they’re doing to themselves.

Little do people know that every time they savor their palate with mouth-watering beef burgers, flavorsome pizzas or heavenly desserts, an hour or two is subtracted from their lives. Simply put, they’re killing themselves without even knowing it. This is what has become of today’s society.

As alarming as it may seem, it’s still not the end of the world. There’s hope, because there are still a lot of food out there that are healthy. Vietnamese food is one prime example. And to match the convenience factor of fast food chains, Vietnamese food delivery is also available.

That’s right. Having a healthy lifestyle becomes easier with the help of Vietnamese food. Packed with the right amount of carbohydrates and protein, plus lots of vegetables and spices, having a healthy body becomes a piece of cake.

There are lots of reasons why Vietnamese food is good for your health. Such reasons do not only revolve around physical health and well-being, Vietnamese food actually caters to the entire welfare of a person as well: physically, mentally and emotionally. In fact, eating dishes from Vietnam automatically transports you to euphoria.

As mentioned earlier, Vietnamese Food makes the body healthy. It gives the body the nourishment it needs on a daily basis. What’s good about Vietnamese food is that it’s basically low in fat, which makes it perfect for those who want to keep their bodies toned, and it is also gluten-free. Vietnamese cuisine also loads the body with vitamins and minerals so it is also able to boost the immune system, making individuals stronger and resistant to various illnesses.

Alongside fighting diseases, Vietnamese food also helps the body battle against fatigue, which is experienced by most people nowadays. Keeping up with deadlines, hectic schedules, and stressful managers or supervisors, the body becomes more vulnerable to fatigue. But, by eating Vietnamese dishes, it makes it possible to feel less stressed and perform at an optimal level.

Another reason why Vietnamese Food is on hype nowadays is that it makes people look younger. Vietnamese salads and soups, like the well-known Pho, contains antioxidants such as Vitamins A and E. Antioxidants fight off the free radicals in our body brought about by day-to-day living. Vietnamese salads and soups consist of various spices, fresh vegetables, herbs and the right amount of protein. Nothing’s better than eating something that could really make you feel and look as if you drank from the fountain of youth. 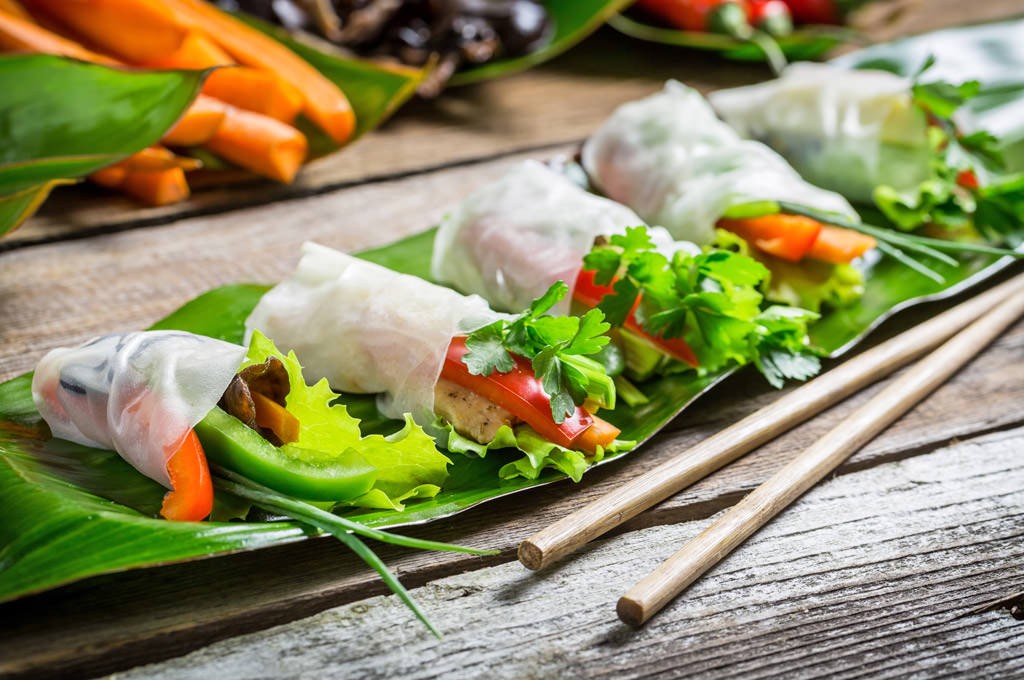 The way Vietnamese dishes are cooked is also a reason why they are good for the health. Most dishes nowadays are formed either by frying, grilling and so on. However, for the Vietnamese food, they are produced by various techniques that incorporate the use of water or broths. Vietnamese foods are actually prepared in a traditional way, which is based on less frying and focuses more on the use of coconut milk, herbs and traditional flavorings. Herbs and spices like cilantro, chili, mint, basil and the like make Vietnamese food stand out.

The incorporation of these herbs actually aid in digestion as well. Traditionally, herbs assist in fighting off stomach ailments, which is why they are also used as herbal medicines. Cilantro, for instance, is widely-known to prevent inflammation of the stomach linings.

Lastly, Vietnamese food allows people to discover the rich tastes of the East, making them eat with a full tummy and a happy heart. This situation increases the amount of endorphins in the body, which is obviously the reason why people feel happier after eating Vietnamese foods. You can easily get you’re your own daily dose of health with Vietnamese food delivery from your favorite Vietnamese restaurant.